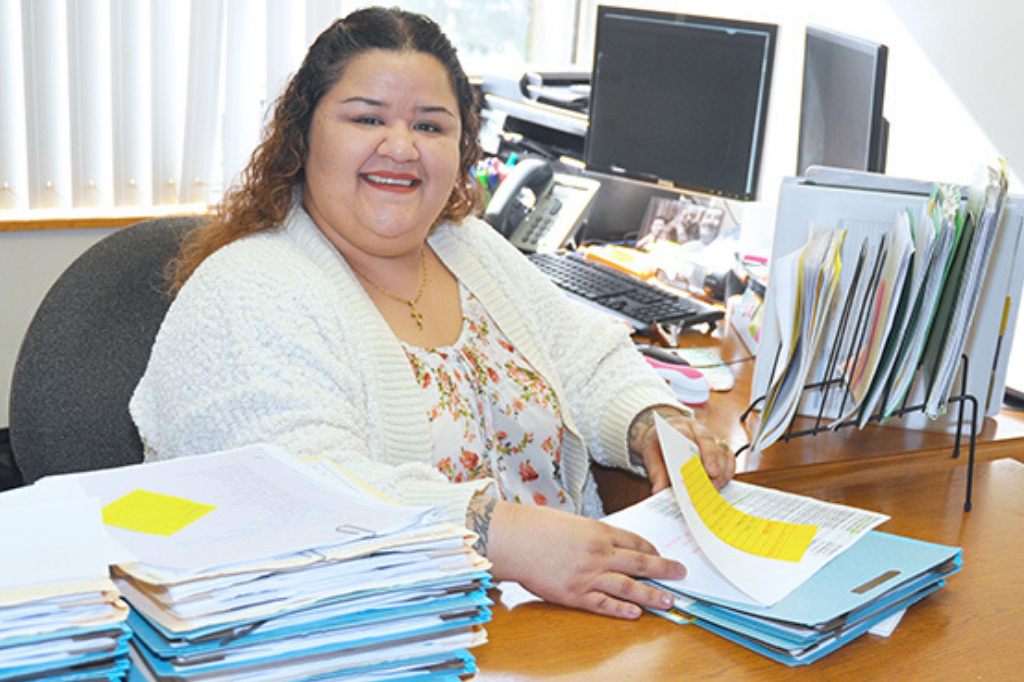 They say that ‘a smooth sea does not make a skillful sailor’ and Dolores Breedlove is one of the most ‘skillful sailors’ South Florida State College has seen in some time. Breedlove is the student speaker for SFSC’s commencement ceremony on Thursday, December 12, 2019 where she will be graduating with her Bachelors of Applied Science in Supervision and Management.

Now many of us will face challenges in our life each day, but Dolores Breedlove has faced these, changed, and managed to turn her life around in a true Cinderella story.

Breedlove was raised alongside brothers by her migrant farmworker parents. Each year, they would go to Georgia to pick the peppers, cucumbers, and squash and return later in the year to pick citrus in Florida. While in Georgia, she and her brothers would pick alongside her parents in order to bring in more money. Upon returning to Florida, they would be put in school and would try to catch up to the other children in their respective grades.

When Breedlove’s parents separated when she was 15, she went with her mother while her brothers went with her father. As her world turned itself upside-down, she became angry and lashed out often. Though very school smart, Breedlove was eventually expelled and arrested in 11th grade for fighting.

Breedlove was arrested multiple times and was even put on house arrest for a probation violation, but in hindsight, this turned out to be a blessing in disguise. After being laid-off from her job, her probation officer, Robert Davis, explained to her she needed to work full-time or she could attend school full-time. “The only person who’s taken your freedown from you is you…. You’re a smart girl, and you shouldn’t be in this seat. What happens from now and going forward is up to you.”

Davis helped her attain her GED and encouraged her to go further, sending her to SFSC Hardee Campus to speak with an advisor. After completing the Certified Nursing Assistant program, she learned she could not pursue a career there based on her past. Breedlove was then advised to try the Associate in Science in Supply Chain Management where she excelled at something she thoroughly loved. She worked at Peace River Citrus Products where she learned the ins and outs of each step of the process through arrival to departure of the products.

She then took on a work-study position in the office of the Dean of Applied Sciences and Technologies. Here, she learned professionalism and excelled at a variety of office related tasks. She began her studies for her bachelors after being encouraged by the dean’s assistant, Tara Huften. Through recommendations, more hard work, and an always candid approach, Breedlove made it to an assistant position for the EMS and Fire Sciences department.

Today, Breedlove makes a huge difference in the lives of those who started out just as she did. She works in the Farmworker Career Development Program which helps migrant farmworkers and their children come to greater stability through training and assistance.
Breedlove’s life is continuously looking up as she prepares to grow within the South Florida State College family and inspire the students around her to do better and be better always. She left advice for those people who have traveled a path like hers: “Never give up no matter what has happened in the past. The future is always open to new and positive experiences. Keep moving forward. Getting an education is the smartest decision I ever made in my life. Because of it, so many opportunities in life have opened up for me.”

Remember to pursue your passions and work hard for your dreams!