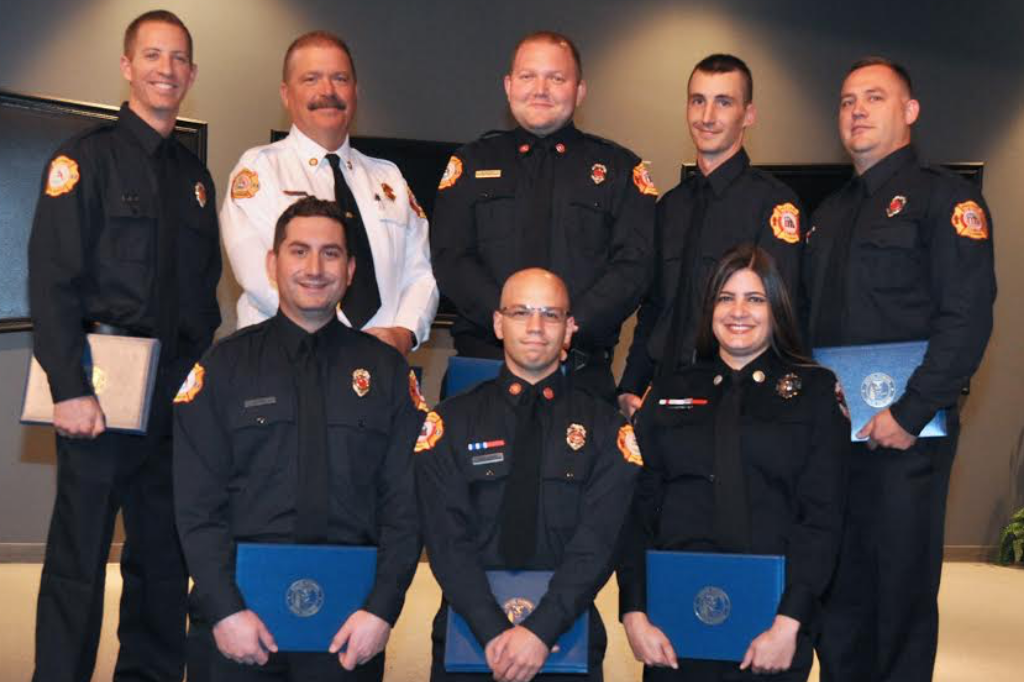 South Florida State College (SFSC) graduated a class of 10 paramedics during an evening ceremony at the SFSC University Center Auditorium at the Highlands Campus on Monday, Nov. 4.

Steven L. Ashworth, director of SFSC’s Emergency Medical Services (EMS) and Fire Science programs, served as the ceremony’s guest speaker and addressed the graduates. “If I can tell you one thing: I look forward to the day when I’m in need and I can look to a hero like you to take care of me,” he said. “I have the utmost faith that you guys are going to do that and do it with willing disregard for your own personal health and safety which is no more than I would expect from anyone else. Thank you for what you do. Thank you for being a hero. And thank you for choosing SFSC.”

SFSC offers a two-year Associate in Science in Emergency Medical Services, which includes training in both EMT and paramedic programs. Upon completing this program, graduates can work in a supervisory EMS capacity.