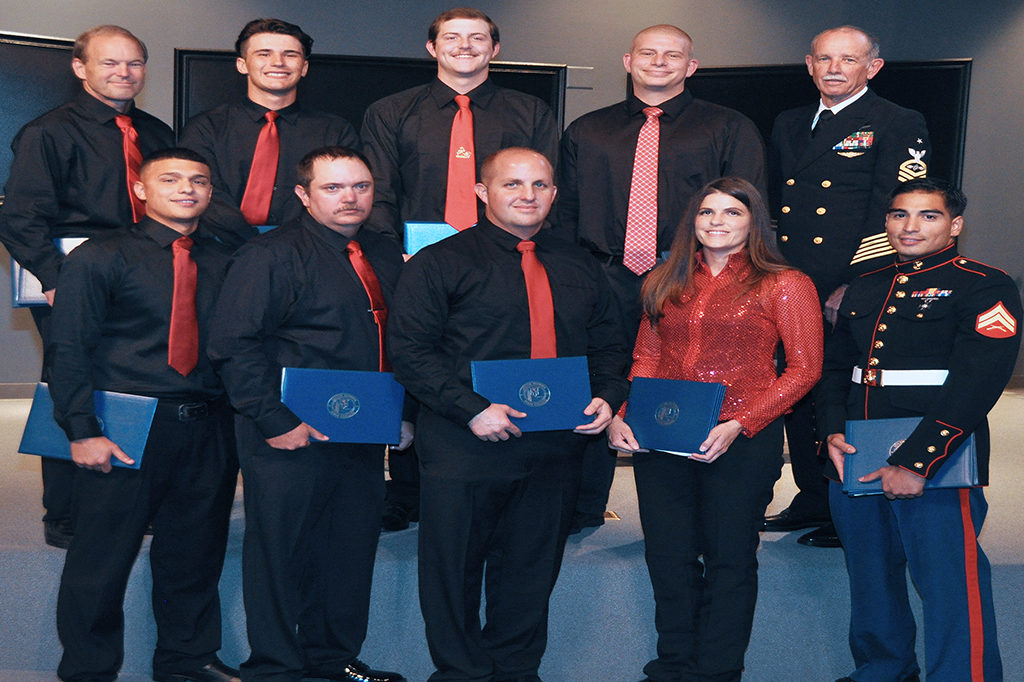 Five graduates were recognized for special achievement. They were Rachel Daley for Highest GPA, David Holden for the Platinum Award, Timothy Langston for Most Dedicated, Keith Choate for Most Heart, and Jeremiah Acosta for Best Class Leader.

Christensen, who is also SFSC’s dean of applied science and technologies, was guest speaker for the ceremony and addressed the graduates. “For the past seven months you have trained hard, both in the classroom and in the field,” he said. “More than 398 hours of hard work have gone toward learning how to respond to emergencies, extinguish fires, contain hazardous materials, and save lives. Classroom work challenged your mind while the skill training was physically demanding. We are confident that you are ready to take on the challenges of being a firefighter.”

Christensen cited the bravery of the firefighters who lost their lives in New York City on Sept. 11, 2001. He said, “But it wasn’t just on that one day that those firefighters were brave.” He paraphrased Chief Edward F. Croker of the Fire Department of New York who stated in 1908, “When someone becomes a firefighter, their greatest act of bravery has been accomplished. What he does after that is all in the line of work.”

“I salute each of you graduates for your bravery,” Christensen said. “I hope I never have a fire in my home or get in a car accident that requires emergency services. But if I do, I am confident that I will get the best service possible because of the positive influences this College has had on the training of firefighters in our area. Thank God for firefighters.”

For more information about the SFSC Fire Science Program, contact the SFSC Advising and Counseling Center at 863-784-7131 or visit southflorida.edu.